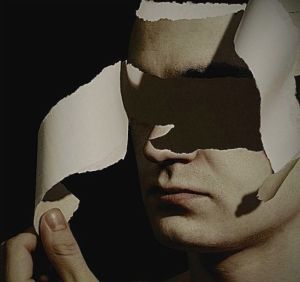 “If you think, ‘I breathe’, the ‘I’ is extra. There is no you to say ‘I’. What we call ‘I’ is just a swinging door which moves when we inhale and when we exhale. It just moves; that is all. When your mind is pure and calm enough to follow this movement, there is nothing: no ‘I’, no world, no mind nor body; just a swinging door.”

What is Real? This is the same as asking “What am I?” The problem is, when the question is posed, most of us invariably resort to our intellect. However, we are always going to be frustrated by taking that approach, because we cannot use mind to grasp that which is prior to it. Indeed, any kind of knowledge which we believe we can access can only be in consciousness, but consciousness can have no knowledge of that which exists prior to its own appearance.

In fact, any notion that we can employ the intellect to ascertain the Real is a mistaken assumption, though the whole thrust of western philosophy, for example, is dedicated to just such an enterprise. Take for example the French philosopher Rene Descartes, and his famous proposition: “Je pense, donc je suis.” This was translated into Latin as “Cogito ergo sum” or “I think, therefore I am.” While the proposition seeks to show the process whereby one can know the existence of “I,” already from the start it is presupposing that existence with the words, “I think.” In fact, there is no concrete entity that can be discovered beyond the activity of “thinking.” No matter where one looks, something called “I” cannot be found.

Indeed, no matter how much intellectual knowledge one may acquire, if the primary illusion of “I” is not seen through, our own true nature will remain a mystery to us. Nor is there anything one can point to and say “that is self”. It is not the body, not thinking, not emotions or sense-impressions. Whatever happens in consciousness (such as the appearance of an “I”) is purely an imaginary figment, a mental fabrication, like a mirage. Similarly, nothing that we can see, think, remember, or know is real. Rather, it is pure illusion, generated as a projection of mind.

When the energy stream of thoughts, emotions, memories, perceptions, and sensations is carefully inspected as it arises and ceases, the sense of personal continuity we take to be “me” can be recognized as a stream of empty impressions about a “me”, but with no actual entity present beyond the conceptual designation “me”. Such recognition will interrupt the chronic self-projection, even to the point in which the fabricated illusion collapses.

When all illusions are forsaken, what’s left? We are. What is that? Words can’t go there. Imagination can’t go there. Nevertheless, it is closer than our breath. If we wish to recognize it, however, we will first need to relinquish our hapless fascination with the nearly ceaseless neural parade of thought energy, be still, and pay attention, inquiring at the root of mind itself. What is granting reality to this moment? What is aware right now? What knows the immediate experience of reading these words? What is not changing, even though everything changes? What am I?

No doubt, the human intellect is a marvelous gift, a magical tool that can carve a functional order out of the apparent chaos of the phenomenal world, and if properly applied, can even bring us to the threshold of realization, but in order to pass through that “gateless gate”, something else must happen, something beyond the intellect’s capacity or domain. Indeed, at a certain critical juncture in the process of liberation, reliance on the intellect alone can pose an impediment to the direct breakthrough insight into our true nature and condition.

There is a famous Zen koan which asks: “What is your original face, before your parents were born?” If we rely on the verbal mind for answers, we will merely be indulging in conceptual speculation. The Zen Master will laugh at our fumbling attempts and summarily dismiss us. We need to go beyond the intellect’s logic, beyond all conceptual designations and mental fabrications, all interpretations and fantasies of the imagination, in order to discover or awaken to that which is prior to the mind’s arrival.

The “I” of the past is merely memory, a fabricated illusion of personal continuity. The “I” of the present is impossible to grasp, though the attempt to do so can be quite illuminating. The “I” that will be in the future is a mental projection, spawned from hope and fear.

In this direct recognition, the “I” does indeed “cast off the illusion of I”, yet remains as “I”, all the same. As Ramana Maharshi notes, this apparent paradox is not a contradiction to the Realized, and so seekers strive for the ideal of “Realization”. Ironically, this glorious effort at some special attainment just happens to be the real contradiction — there being no one, no “person”, who is actually realized.

What an interesting predicament for all the would-be Buddhas and spiritual super heroes – the no-thing melts into the Nothing! In other words, nothing happens, no substantial self was ever implicated, only awareness persists, unchanged and unchanging.

Indeed, wanting to achieve “Realization” is rather like wanting to be present at one’s own funeral, given that true realization marks the end of the “person” — the true death that sages and mystics throughout the ages refer to in their testimonies of treading the “spiritual path”. Nevertheless, how can something that never had any true existence, die? That is a big part of the humorousness of the whole game – the search — and why we tend to laugh out loud when the obvious becomes . . . well, obvious!

From the very no-beginning, there was nothing that needed to be eliminated. That whole strategy is part of the misdirection that the pseudo-spiritual preachers and religious con men have burdened us with through the ages. The only thing that needs to be transformed is our mental rigidity based on fixed beliefs, and our emotional contraction at the heart.

In point of fact, without the self-sense, we would not even be able to function in this world, much less truly awaken to our original nature and condition. However, we need not take this working concept of “I” as our actual forwarding address. That’s the mistake most everyone makes, and why we are always stumbling around so befuddled, like sleep-walkers reaching out for some satisfaction that is forever eluding us in our restless dreaming.

As Nisargadatta Maharaj notes: “Understand this state of affairs; the concept ‘I Am’ comes spontaneously and goes spontaneously. Amazingly, when it appears, it is accepted as real. All subsequent misconceptions arise from that feeling of reality in the ‘I Amness’. Why am I totally free? Because I have understood the unreality of that ‘I Am’.”

We can instead recognize this “I” — the so-called “ego” — more as a nifty navigational tool, or conscious activity, that enables us to discriminate here in the objective realm in which we live and relate. For example, it helps us to stop on red and go on green, and a whole lot of other useful stuff in-between.

As long as the personality is recognized as a kind of prop, with no inherent substantiality beyond what we grant it in our playful creativity, then there need be no problem. It’s only when we become fixated on it, misperceiving it to be our true identity, that we suffer its frailty and impermanence, and become trapped in vicious cycles of craving and aversion which only serve to reinforce our sense of separation from life and love.

Although the full reality is far beyond human comprehension, in rather simplistic terms, all of the sentient beings in the multiverse who take themselves to be separate consciousnesses only believe that to be the case because Source – the fundamental basis of all that is — has playfully chosen to have a kind of “amnesia” about those aspects of its own mind, in a manner not unlike the way we dream up all sorts of characters at night and believe them to be separate entities, while in reality they are merely our own mental projections.

Thus, true awakening from the dream is nothing other than the direct recognition that there never was or could be a permanently separate, substantial, and independent individual, or “person”. Those mystics who claim that there is only God are referring to this very fact.

To realize that we ourselves are expressions of the Supreme Source is not so much an affirmation of some transcendental self-identity, but rather entails the recognition that we are literally energetic shards of Source Consciousness acting out the roles, or pretense, of being separate and independent individuals.

Just so, any notion that we as humans might entertain of the sense “I Am” is necessarily limited and bound by the parameters of our temporary incarnation into the denser vibratory frequencies of this current psycho-physical realm. However, it is precisely as and through these humble vehicles that Source Itself becomes cognizant of and enjoys the Play of Consciousness in this sphere of manifestation. Why else dream it into existence?

Each one of us, as unique dream characters in the holographic “Mind of God”, are here acting as the lens, the angle of vision, for Source. It enjoys all points of view without judgment, but with the same unconditional love that is shone on the universal totality, which consists of nothing but the dream-like mirroring reflections of Its own inconceivable Being. Likewise, all experience — just as it arises, endures, and dissolves in every moment — is itself recognized as inherently perfect, and simultaneously perfectly empty.

As it is, there are infinite realms of experience that serve as the playground of Source, and hence any sense of “I” will be endlessly modified in its evolution towards complete self-awareness as “That”, of which at last there is no other. By sincerely and thoroughly inquiring into who and what “I” am, the process is set in motion that will eventually take us beyond all of our conditioned beliefs and second-hand concepts and opinions, ultimately revealing our true nature directly, beyond all doubt or speculation, as Reality Itself.

“That which makes you think you are human is not human. It is but a dimensionless point of consciousness, a conscious nothing; all you can say about yourself is: ‘I am’. You are pure being, awareness, bliss. To realize that is the end of all seeking. You come to it when you see all you think yourself to be as mere imagination and stand aloof in pure awareness of the transient as transient, imaginary as imaginary, unreal as unreal.” 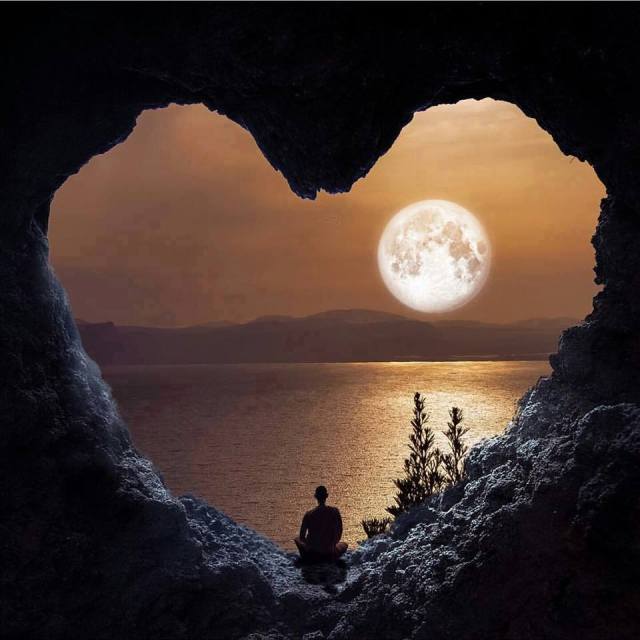