Where Can I Be Safe? 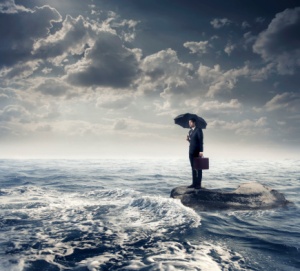 “Where O where can I be safe?

Only in giving up all wanting and trying!”

In Buddhism, “Taking Refuge” is a formal, ritualized gesture, indicating an aspirant’s commitment to and reliance on the “Triple Jewel”, which includes the Buddha, His Teachings (Dharma), and the Community of fellow practitioners (Sangha). Buddhists take refuge in order to gain relief from all afflicted states (or mental and emotional disturbances), as well as freedom from re-birth in this troubled realm (Samsara). Traditionally, it is an initiatory ceremony undertaken to confirm one’s status as an official “Buddhist” (in a somewhat similar vein as the Catholic ceremony of Confirmation, or the Jewish rite of passage called Bar or Bat Mitzvah).

Regardless of one’s religious intent, however, how often does “taking refuge” turn out to be just another strategic effort by the ego-mind to superimpose yet another layer of identification onto the architecture of the self-image (even if its ultimate purpose is the attainment of liberation)? In such a case, the new refugee may be nominally confirming their allegiance to a Buddhist affiliation, but perhaps that’s just one more label, and one more bit of baggage, that will need to be seen through and discarded eventually, if they are to truly realize who and what they are, prior to any name or limiting categorization.

In fact, everyone — Buddhist and non-Buddhist alike — is always seeking refuge as a matter of reaction to life. It’s a primary game of human consciousness, with numberless sub-forums devoted to this or that variation on the motive to have things be otherwise than they currently are perceived to be. We might prefer that life be happier, healthier, or holier. Perhaps we wish for more certainty and security, more order and control. Certainly, most of would like life to be less stressful, painful, or boring. We might hope to be more aligned to some consensus program promising redemption, salvation, enlightenment, or maybe just guaranteed a good seat in our fantasy of heaven when this life is done.

Some of the more enthusiastic players may even pride themselves on having found the one and only superior vehicle, and so dedicate themselves to this or that ride of conditional preference as the confluences of compounded hoohaw play themselves out, but how about this: no refuge, no path, no person walking any path. No progress and no deviation. Nothing bound, so nothing to flee. Already free, already free. Before any pursuit of refuge, already free!

On the other hand, maybe that’s all a bit too radical, leaving us with nothing to hold onto or cherish as a means to find shelter — no merciful raft to carry us across the river that we believe separates us from the other shore. Of course, the notion of some “other place” we supposedly need to get to can be investigated too. For example, is it true: do we actually need to go somewhere else, especially when we don’t even know where we are in the first place?

If we earnestly inspect our motives, our chronic and habitual dissatisfactions and complaints that prompt our seeking for refuge, we can notice a relentless mechanism in operation. Specifically, we can observe how we are perpetually setting ourselves up, dividing ourselves in two — first creating our own unhappiness via the play of comparative mind, and then seeking for some refuge from our own disturbance. It’s a vicious cycle that we are constantly reinforcing from moment to moment, extending even into our dreams at night, and certainly into all of our relationships.

Even for those who imagine that taking refuge in systems like Buddhism will yield some secure and peaceful retreat from the challenges of this world inevitably discover a “catch”. As the Tibetan teacher Dzongsar Khyentse Rinpoche notes: “It is such a mistake to assume that practicing dharma will help us calm down and lead an untroubled life; nothing could be further from the truth. Dharma is not a therapy. Quite the opposite, in fact, dharma is tailored specifically to turn your life upside down – it’s what you sign up for. So when you life goes pear-shaped, why do you complain?”

Maybe a wiser approach would be to stop chasing an escape hatch and instead take the time to investigate what we are always doing to ourselves — what are we always up to? Stepping back a bit, we can notice how we typically make ourselves crazy buying into the conflicted propaganda of this world. For example, many of us first invest in borrowed (religious) beliefs about what miserable sinners we are, and then feel compelled to seek redemption from our own guilty self-images — some refuge from what turns out to be our own self-made nightmare.

Really though, what is so difficult about letting go of that stressful struggle – the incessant war with ourselves — and relaxing into the ordinary happiness of just being? If one could give up all wanting and trying in this very moment and directly recognize that everything is already and always spontaneously perfected, illumined, and unfettered — just as it is — then what need would there be for some further desperate search for refuge or saving grace? Rather, in such profound surrender, the whole phenomenal display could be appreciated from the free position of relaxed not-knowing — that place of pure wonder and grateful acceptance of the mystery of this vast Infinity.

In the eyes of such child-like innocence, what is, simply is – there is no need for fight or flight, much less any fixed conceptual designations in which we mentally fabricate a prison, and then spend the rest of our lives trying to escape it.

The Unknown is not a threat – it is our own backyard, where we can dance and play and love, or just lie back and quietly gaze as the white clouds of thought lazily drift through skies of bright blue, with no compulsion on our part to claim, identify with, or manipulate any of them.

Still, because we humans are the way we are, it seems we won’t truly let go and find lasting peace at heart until we discover this truth directly for ourselves – borrowed notions (regardless of their seeming authority or appeal) just won’t cut it. Thus, we might adopt various “expedient means” as tools along the way, such as taking refuge in an illusion in order to vanquish a more harmful illusion. This is the classical case of employing a thorn to remove another thorn. In any event, once it has done its job, it too is fit to be discarded (but not until then).

Among the various time-tested “expedient means”, True Inquiry/Meditation can be particularly effective, especially when supported by the discipline of silence and the practice of non-dwelling. Moreover, for the vast majority of aspirants, the services of a qualified Guide can prove indispensable. We all have our blind spots, and so a good teacher can help to point out certain critical aspects along the way that we might otherwise tend to overlook or ignore.

One issue that some aspirants face in regard to notions of progress, however, is the tendency to assume that they are finished and “done”, when they are actually not even halfway “there”. They may have an experience of the concept of freedom, but the actualization and embodiment of liberation is invariably another matter altogether. Pride can blind one to their own mirror, and so a grounding sense of humility will prove the best antidote.

Indeed, even harboring the notion of a “someone” having “arrived” or attained some state or condition of personal completion is an indication that one has still not really understood the utter emptiness of the self-image. Moreover, as Dogen Zenji sagely remarked: “There is no beginning to practice nor end to enlightenment; There is no beginning to enlightenment nor end to practice.”

Consequently, we find in the traditional literature all kinds of talk about levels and stages, partial and full realizations, exoteric and esoteric programs, revealed and secret teachings, schemes and devices, initiations and transmissions – all culminating in the confounding (to the ego-mind) Recognition that there has been nothing to seek for in the first place, no refuge to take, not a thing to attain, nor anything to grasp or turn away from. It is all empty and marvelous, with not a hair out of place. All along, a child has been assuring her doll at night that everything is going to be alright.

Nevertheless, until the maturity of that transparent state of fresh natural spontaneity is fully realized, it seems that there must be effort in some form or another. As Sri Nisargadatta noted, only “hard facts” can reveal the absolute nothingness of our self-image, and so we have work to do, even though, paradoxically, there is nothing to be done. He compared spiritual Awakening to a frayed rope eventually snapping. Our work, he said, is at the strands. If we are earnest and devoted, unraveling each fiber of the self-delusion with alert attention and persistence, the break is bound to happen, and Realization will be inevitable.

In any case, we need not postpone our happiness until some indefinite time in the distant future, when real happiness might somehow miraculously come along and find us. We can do the work, and still be happy now. Indeed, happiness is our work, and that work, that inquiry, includes recognizing all the ways in which we are habitually abandoning our natural happiness.

In other words, it is not about adding some happiness that is not already true of us, or escaping some unhappiness with which we believe ourselves to be cursed. Genuine Awakening is informed with the realization that we are not here so much to take refuge from unhappiness, as we are to discover that prior happiness which has never been lacking, never been threatened – our own true nature and condition. 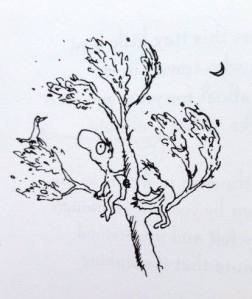 “Happiness is our real nature.

That happiness does not depend on

our possessions or achievements.

Existence is the same as happiness

and happiness is the same as being.

That which is called happiness alone exists.

One’s own reality, which shines within everyone

as the heart, is itself the ocean of unalloyed bliss.” 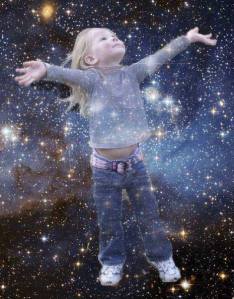 19 Responses to Where Can I Be Safe?