When mind assumes the form
of a sentient being, it has
suffered no decrease;

when it becomes a Buddha
it adds nothing to itself.” 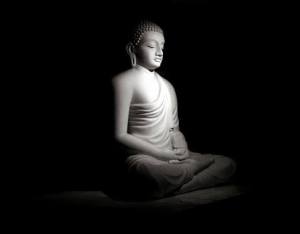 Back in the Diamond Sutra days, the Bodhisattva Manjushri once asked the Buddha, “What do you mean when you say not a single being is liberated?” The Buddha replied, “Our nature is ultimately pure and subject to neither rebirth nor nirvana. Thus, there are no beings to be liberated, and there is no nirvana to be attained. It is simply that all beings revert to their own nature.”

If it is really true, that our nature is ultimately pure and transcendentally illumined, that we are not inherently different from the Buddhas and the so-called enlightened ones, that the concepts of liberation and bondage are only imaginary fantasies of interpretation on perception, and that there is no nirvana to be obtained beyond what is present right here right now, then why is it that we seem to encounter so much suffering in the midst of our lives?

After pondering this conundrum for many years, I came to recognize that the challenges and obstacles which we encounter in life are actually our own creations, and as such, they represent portals, or doorways, to the infinite expansion that is our heart’s desire. They are part of the fabric of potentiality with which Spirit clothes Itself, even as it projects a portion of its light energy into these virtual reality forms that we subsequently assume to be who and what we are. In short, we create the theatrics of life’s seeming dualities in a panoramic play of consciousness which expands to infinity in all directions, and which ultimately returns us to the remembrance of the non-dual truth of our primordial nature.

We had to literally forget who and what we truly are by granting a reality to, and investing a visceral significance in, the illusion of separation — all in order to be able to enjoy the eventual re-cognition of our indivisible divine nature. In that regard, it is not unlike a cosmic game of “Hide & Seek”. Indeed, without this amnesia concerning our true identity with which we arrived here, we would not be able to experience the vivid richness of being human, and it is precisely that experience which we came here for in the first place. 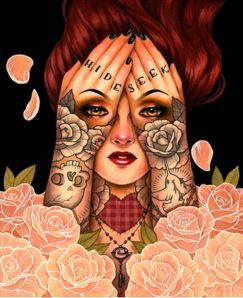 Furthermore, it is the experience of being human (in whatever way that happens to play out) which creates the fascinating tales we can then share with our soul group upon returning to our natural state of awake awareness, thus advancing the evolutionary data base of the whole family, or “soul group”. As the Buddha said above, “All beings revert to their natural state.”

Just so, we need not beat ourselves up for not realizing our true identity while fused with the bio-vehicle (although to do so — also called “awakening” — certainly can make a big difference in the level of stress we put ourselves through). In any case, while identified with the human character we take ourselves to be, we tend by habit and conditioning to cling to the belief that there is some sort of special state that is other than that which we are currently experiencing. We persist in this assumption because we look at our current condition and find it somehow lacking. Perhaps it would be a useful inquiry to examine exactly what is lacking about it.

Certainly, if we investigate the traditional literature about spiritual enlightenment, we encounter all sorts of claims about the raptures of bliss and ecstasy to be found in advanced meditative states, but what we rarely hear about is the fact that no state is permanent, even Satori and Samadhi. Eventually, one must return to normal consciousness and deal with traffic, weather, the body’s quirks and foibles, and especially other people (most of whom stubbornly refuse to accept how advanced and wisdom-imbued we now have become, at least in our own minds).

Rather, if we are truly honest with ourselves, we might notice how we still habitually tend to crave pleasure and avoid pain, and in fact still have within us a whole menu of software programs based on confirming the solid and enduring existence of our favorite self-image, regardless of the effect that such activity might have on our relations and environment.

Indeed, the ego-mind loves special experiences, because they provide the perfect opportunity to feel special, to feel enlightened, and to feel real. The more such experiences the better. What it especially loves, paradoxically, is experiencing the concept that it doesn’t even exist, because that comes with very high points on the scale of human spiritual accomplishment. Indeed, it is particularly proud of its new and exalted status as an advanced entity that is liberated from itself. That’s a real feather in its cap!

Conversely, what the spiritual ego-mind can never abide by is the suggestion that the most ordinary experiences of life — getting out of bed, brushing one’s teeth, going to work, coming home and having dinner, washing the dishes, playing with one’s children and watching TV, kissing one’s spouse and going to sleep — are all perfect manifestations of complete and unexcelled enlightenment. No, it thrives on the glamor of the extraordinary, just like an addict craves the next high.

Of course, to the aspirant hooked on the spiritual merry-go-round of increasingly subtler realizations and deeper, more dramatic spiritual insights and so forth, the usual life is scorned as some sort of delusion which needs to be transcended and then discarded. This type of seeker tends to idolize the legendary characters in the spiritual literature, seeking to emulate their lives.

Little do they realize that these personalities are typically the product of devoted hagiographers who attribute extraordinary feats to their heroes and heroines, often at the expense of the real truth about these exalted individuals. And what is that truth? Essentially, they were no more special than any of us. It’s just that they (might have) realized that, and we don’t.

We are all dream characters in the heart-mind of Source, and Source makes no distinction in terms of superior or inferior, so why should we? That’s what “unconditional” means. Each one of us is a unique vehicle for Source to explore its own nature, which is de facto also our own nature. We are, each of us in our own way, the universe in the process of becoming increasingly self-aware, and whether we climb the highest mountain or just look after our pets at home, really makes no difference. It is all perfect fuel for self-awareness, and one dream adventure or virtual reality game is no better or more enlightened than the next, just different.

As mentioned above, the only value in truly “awakening” is to let go of the stress of trying to make things be other than they are, trying to figure the magnificent mystery of life out, trying to make it conform to the way we imagine it should be, based on second-hand opinions and idealistic speculation. What is, simply is.

As Nisargadatta Maharaj so pointedly put it: “There is nothing to practice. To know yourself, be yourself. To be yourself, stop imagining yourself to be this or that. Just be. Let your true nature emerge. Don’t disturb your mind with seeking.”

Just letting that sink in, just letting that be the case, can be eminently relaxing. Letting go, surrendering the need to have it all end in some triumphant march through the streets of heaven, is not really so difficult, except to the one who takes their fictional narrative seriously. That’s the one who projects some illustrious future in which the applause swells, now that they have finally become what they always have already been. Thank you so much!

In any case, whatever the angle of vision at the moment, it is all good, all food for the God who is exploring itself through every appearance, every effort, every creature it dreams up to love and recognize itself through and as, from the most humble to the most ineffable. In truth, we have never lacked anything, never required anything else outside of ourselves to be completely happy. As the great Chan (Zen) Master Lin Chi said to his monastic disciples:

“I tell you, there’s no Buddha, no Dharma, no practice, no enlightenment. Yet you go off like this on side roads, trying to find something. Blind fools! Will you put another head on top of the one you have? What is it you lack?”

Just so, when we become more interested in the Dreamer than the dream of seeking, something interesting can be revealed. When we turn our attention back to its Source, and abide there without trying to modify consciousness in the slightest, then something will happen, and we will know without a trace of a doubt that the Source of all the universes and ourselves are not two. We will no longer be moved to seek outside of ourselves for some special something to compensate for our chronic sense of lack, because that feeling of lack will have dissolved in the process of recognition. The joy of just being will trump all craving for things to be other than they are, as well as all fears that they will never be.

The good news is, we don’t have to wait for that to materialize sometime in the indefinite future. The truth that will become obvious then is the same truth that applies here and now. It’s just that we expect it to be elsewhere, and never right where we are. This is the main obstacle and delusion – to imagine that what we have and are, right here now (in whatever form it may seem to be appearing) is not the supreme perfection, just as it is.

Instead, we complicate the simple truth of our being with notions of sin, maya, karma, and miles to go before we can relax and rest, let go of the struggle and just exhale. Ironically, the truth has been that, all along, there has never been, nor could there ever be, any greater reality than that which is present and obvious, right before our eyes. All we need do is step out of the way with all of our concepts and expectations, and simply let it be. Let life be.

After all, it is never other than This anyway. It is exactly why we all came here — to experience ourselves as This, so why knock ourselves out trying to make it be otherwise, now that we’re here in the midst of it? When you stop to really think about it, that’s kind of foolish, isn’t it? Still, playing the fool is also “It”, so there’s really nothing to complain about after all. Imagine, living a life without complaint!

“If you need time to achieve something, it must be false.
The real is always with you; you need not wait to be what you are.”
~ Sri Nisargadatta

44 Responses to Just Be