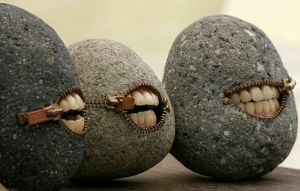 “If we have listened to many learned masters and received deep instructions, have studied a few sutras and tantras, without ever applying them —‘Oh how pitiful!’— we are just fooling ourselves.”

At a certain point on the journey, it becomes obvious that Reality is not reducible to any one view, dogma, religious or philosophical description, sage’s testimony, or even any direct experience, regardless of how seemingly profound and conclusive. On the contrary, it both includes and simultaneously exceeds all that we can know or imagine, and so clinging to any fixed notion, scripture, or purported revelation only serves to superimpose a conceptual limit on what is fundamentally limitless.

In that regard, and in today’s multifaceted spiritual environment, it is quite common for people who encounter certain nonduality teachings (such as Advaita Vendanta, or the Buddhist Schools of Zen, Mahamudra, and Dzogchen) to find substantial resonance on an intellectual level. After all, once one begins to examine such teachings, they do make a lot of sense, especially if one has already had some exposure to the eastern spiritual traditions, or grown disenchanted with the Abrahamic religious dogmas as propounded in the conventional institutions that most Westerners have been raised in.

The problem is, as long as these nondual teachings remain on the level of the intellect, they may have some philosophical value, but that is typically as far as it goes. Unless the inquiry penetrates deep enough through the layers of mental formations to sever the root of our transient identifications and self-positions, while simultaneously opening the heart to the call of selfless compassion, it will not ultimately be very transformative, and can even pose as an additional hindrance by fattening the “spiritual ego”.

Fixating in a purely intellectual understanding of the emptiness of the self-complex, for example, can actually interfere with or impede its direct recognition (or clear seeing), which is something of an altogether different nature. In that regard, one of the strange drawbacks of such philosophical agreement is the tendency observed in so many enthusiasts of the nonduality scene to forgo a commitment to the practice/actualization component, choosing instead to extract certain themes from the totality of the teachings (such as, “there is nothing that need be done”, “everything is already perfect as it is”, “just be what you are”, and other typically misunderstood and out-of-context proclamations), and then feel satisfied that they have “got it”.

Experiencing the concepts expounded by the nonduality-based wisdom systems, of course, is no substitute for the literal revolution in consciousness to which the concepts merely point. The great Advaitic sage Nisargadatta Maharaj himself spent years plunged into intense self-inquiry and meditation prior to his awakening, but that fact is often by-passed by the mind that believes it has the whole thing figured out, based on a bit of reading and online conversation. Finding those who can talk the talk has become increasingly easy, but those who actually walk the walk have always been quite rare. Stepping back a pace or two, one might even see the humor in the internet nonduality enthusiasts’ fervent efforts to deny their own existence, even as the concerted energy expended on that task only serves to confirm the very persona which they imagine they can banish via intellectual assent.

We might hear it said that the mind is without essence and identity – lucidity without a reference point, completely free. Some claim it is awareness without dwelling, unobservable and unfettered by notions such as existence, non-existence, permanence, and nothingness. The “unformed unity of empty cognizance” or “the quintessential luminosity itself abiding as the ground” are also phrases some preachers have been known to employ. Because these terms are all mere reflections in the mirror, we can avoid being trapped in the cleverness of words by recognizing them all as no more or less significant than a passing autumn breeze, and instead turn our attention (via practice) to that which they are only pointing. All the intriguing descriptions on a menu still cannot equal one delicious bite of real food.

Even my previous essay, on the Mystique of Freedom, could be misinterpreted to suggest that practice is unnecessary. In fact, no effort can bring about awakening, but paradoxically, in order to realize that, some effort does seem to be required.

As Nisargadatta himself noted: “Unless you make tremendous efforts, you will not be convinced that effort will take you nowhere. The self is so self-confident that unless it is totally discouraged it will not give up. Mere verbal conviction is not enough. Hard facts alone can show the absolute nothingness of the self-image.”

Practices such as Non-dwelling, the Discipline of Silence, and True Meditation (Mindful Awareness) can effectively serve to remove obstructions to Clear Seeing. In that regard, I have used the classic metaphor of a thorn employed to remove a thorn (as an expedient means), and once it has done its job, it too can be discarded.

Even Ramana Maharshi, who is held up as an example of the rare instance when awakening occurred spontaneously, actually spent years in sadhana in seclusion cultivating his initial insight into the Self-nature, prior to settling at Arunachala and beginning teaching.

I’ve heard some teachers claim that practice may not be necessary, and that may or may not be true for us someday, but certainly not as long as we are appearing in this realm. The great Zen Master Dogen said, “enlightenment has no beginning, and practice has no end.” To have no end means that there is infinite expansion, which doesn’t end with some experience of awakening. Indeed, such experiences may merely signal the beginning of a new phase of Self-exploration.

In any case (and not to belabor the issue), I will offer one good practice tip from a pretty reliable teacher, Garchen Rinpoche:

“If you were to practice mindful awareness with great diligence for just a month, if you were to recognize even the slightest thought and not allow your mind to wander off into delusion for that time, even in such a short time you would witness great changes. Fierce afflictions would not faze you so much anymore, because you would have gained personal experience in observing the illusory play.”

22 Responses to The Talking School